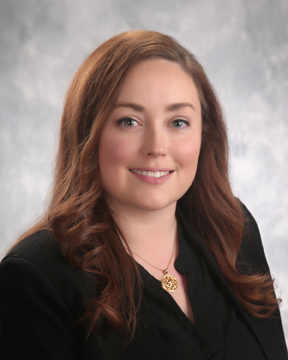 Genevieve was raised in Somerset, New Jersey. She is a graduate of St. Matthias Catholic School in Somerset, and Bishop George Ahr High School in Edison, New Jersey. Genevieve graduated magna cum laude from Rutgers University in 2007 with a Bachelors of Arts in Comparative Literature. At Rutgers, she was a member of the Phi Beta Kappa Honor Society. In 2011, she received her Juris Doctor from New York Law School in New York City. While at New York Law School she served as Vice President of the Criminal Law Society and a member of the Stonewall Law Student Association. She was admitted to the bar in September 2013.

During law school, Genevieve worked at the Brooklyn District Attorney's Office, in the Sex Crimes - Special Victims Bureau. There, she provided critical legal support to a team of prosecutors and reviewed evidence, advised investigations and met with child victims and their families. Following that, she worked in the chambers of Brooklyn Supreme Court Judge Neil J. Firetog, who primarily presided over homicide cases. After law school, she briefly worked at the New York State Office of Children and Family Services. There, she provided legal advice to Administrative Law Judges handling petitions to overturn determinations of child abuse and neglect. She then volunteered in the Appellate Writing Unit at the Children's Law Center, in Brooklyn where she handled mainly custody and visitation cases.

In 2013, Genevieve joined the New York City Administration for Children's Services as an agency attorney in the Family Court Legal Services Division in Brooklyn Family Court. For three years, Genevieve prosecuted hundreds of cases of child abuse and neglect and worked tirelessly to promote safety for children and families struggling with issues of substance dependency, domestic violence, and mental illness, among other things.

In 2017, Genevieve was again honored to serve as associate court attorney to the Honorable Elenor C. Cherry, in Bronx Family Court, Â presiding over child custody, visitation, family offense, matrimonial and child support matters, among others. Genevieve's entire legal career has been focused on helping families facing some of the most difficult challenges of their lives.

Genevieve moved to the North Country in December 2019, with her family, including her cat, Kitty and her dog, Benji. She joined the Conboy Firm in January 2020.